Greek of the week: Theotoki-Titi Ntolaptsi wants the Olympics in Greece forever.

This is the story of the passion of a special lady that has a vision: To restore the Olympic Games to their birthplace prmanently. MsTheotoki-Titi Ntolaptsi founded Olymico Vision for just this reason. 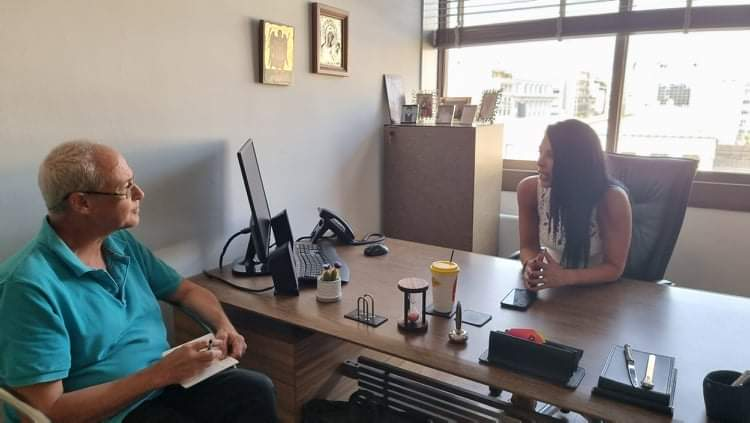 The Tokyo 2020 Olympic Games are over, and they were perhaps unique in many ways. They were postponed for a year due to the pandemic and yet were held during it. They became largely unpopular in the host country, with many Japanese decrying not just the empty stadiums due to covid restrictions, but also the expenses that went completely unredeemed. For many viewers at home they lacked the sparkle expected from a civilization known for its aesthetical values.
For some like Ms Theotoki-Titi Ntolaptsi this time has come for a bold change: Bring the Olympic Games back to their ancestral hearth.For the mother of three this has become her own torch to bear.
Olympico Vision is the vision sparked by one woman that hopes to one day over the imagination of the world and change the Olympic Games as we know them, making them more human and more accessible to all nations and peoples of the world.This dream started to become reality when, in December 2020, Ms. Theotoki-Titi Ntolaptsi established Olympico Vision a civil non-profit Company. It was an idea that was once tabled by Konstantinos Karamanlis decades ago and inspired Ms Ntolapsi to promote the idea of holding the Olympic Games in Greece.The idea was again refloated by Christine Lagarde in 2016 at Aspen, Colorado, but again forgotten. 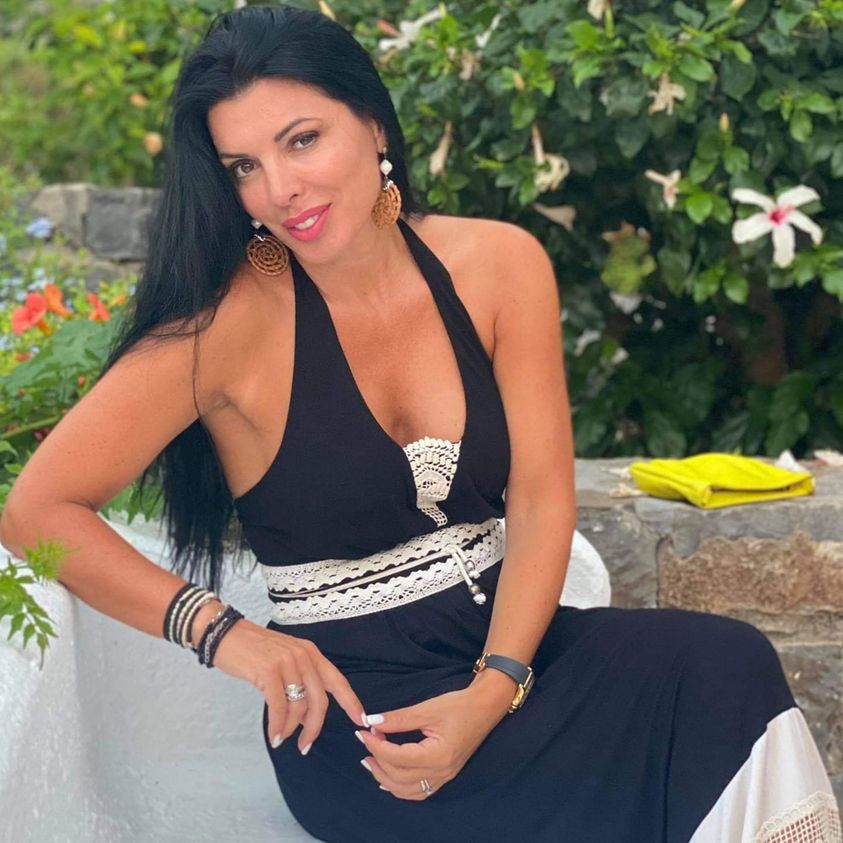 But what is it that Olympico Vision want.

“Our mission is to create a global stream of supporters, the undertaking of actions, programs and initiatives with credible bodies of civil society internationally, to contribute to the promotion and implementation of the idea for Permanent Hosting of the Olympic Games in Greece with a different Country / City organizer each time,” notes the founder Theotoki Titi Ntolaptsi on the official site

But it is more. “I want the Olympic Games to go back to the ancient ideals that inspired them. I want them to return to their birthplace,” says Ms Ntolapsi.

But why always in Greece? Firstly because the two times the Olympics were held in Greece (1896 and 2004) they were huge successes, Ms Ntolapsi explains. The country has proven that it is a safe country, free from terror and war, with a history of warm hospitality.

The Olympics have been marred in recent years by scandals of doping, abuse, profiteering and other issues. Ms Ntolapsi acknowledges that Olympic Games detractors have their points, and insists that moving the Games to Greece will offer a solution to many of these maladies. The stability of a single place, a constant center where all of the activities may take place will offer better regulation and more effective monitoring. It will allow for a venue that can be constantly improving its own performance, rectifying areas where deficiencies are observed, allowing all participating countries to transparently monitor goings on. 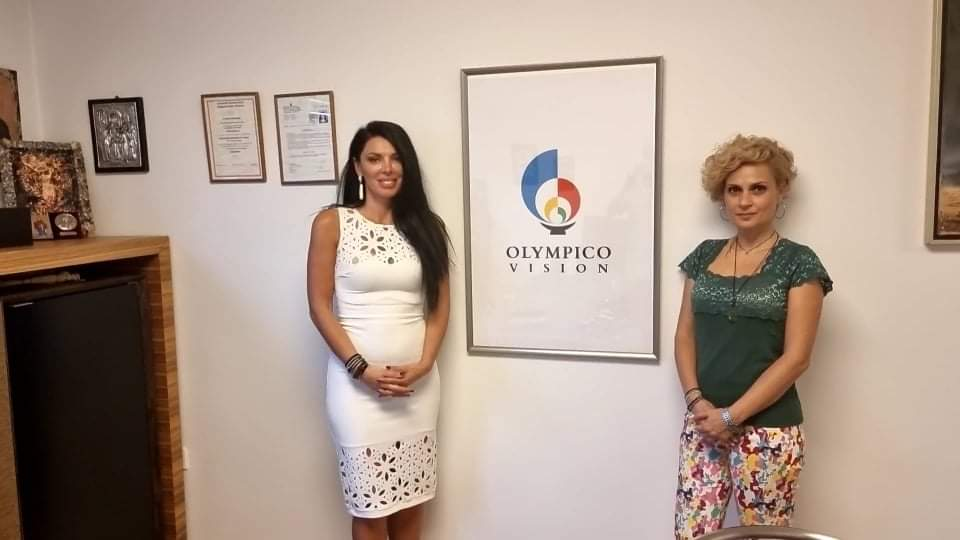 Not just for privileged rich nations

“Our proposal is important because it allows cities and countries to host the Games without the exorbitant costs associated with the event. We see fewer and fewer cities vying to host the Games, and it is increasingly like a closed circuit of a few cities re-hosting the Games again and again,” notes Ms Ntolapsi.

“We want to change all that. Not having to build new venues means that the Olympics can be hosted in Greece by the capital of a poor state in the developing world, at very little expense. They can plan their own opening and closing ceremonies tailored to their own cultures and needs. They can use the constant venue to promote the charms and offerings of their own countries and cultures to the world, and reach the world through the broadcasting of the Olympic Games,” she adds poignantly.

And this is in fact a key point, as the cost of the Olympic Games has in most cases not been recouped by the host city. The cost of Tokyo 2020 ran $20 billion and Tokyo coffers have nothing to show in returns.

Not the only proposal on the table

Asked if the IOC would agree to such an endeavor as envisages, Ms Ntolapsi noted that it was not the only proposal she has if a permanent residence in Greece is not acceptable.

“We can propose a trial period of 20 years – five games and see how that works out. We could even propose an alternative scenario where every other Olympic Games (ie every 8 years) is hosted in Greece to facilitate the poorer countries while the other Games can be hosted at a city selected for the purpose that wants to shoulder the financial burden,” she notes.

“In essence though we don’t want to get involved with the IOC. We don’t seek in any way to undermine their importance and their role. Nor do we want to undercut any of the proceeds they garner through the Olympic Games. We would very much want to spread this message to all people and governments, and through them achieve the return of the Games to their birthplace as an institution.”

“I’ve met with many government officials and ministers. They have all been very cordial, but obviously if we don’t ratchet up support, politicians will be hard to sway. I have seen great enthusiasm from the Greek Diaspora and they are a real hope for me and a driving supportive force. I must also say that I met with the mayors of Ancient Olympia and Trikala, which is a model European city. But I was really touched by the support given to Olympico Vision by the sports newspaper “Protathlitis”,” noted Ms Ntolapsi. She noted that her contacts in the United Arab Emirates were also enthusiastic to hear about Olympico vision.

But one has to try. “You can’t do anything from the couch of your home. You have to meet people. You have to ask. If you don’t ask, you’ll never receive. So I get up and pitch my dream.”

And Theotoki Titi Ntolaptsi is nothing if not persistent and dedicated. When as a child her parents immigrated to Germany, she was adamant about catching a train every day from Dusseldorf to travel 80 kilometers to attend Greek school. As an avid young athlete she was a junior track and field star at her native Doxato in Drama. She says that she has never left this love for sports and running, something that is evident in her fitness.

Today all these passions fuel her dream and act as the catalyst for her Olympico Vision.

A special thanks must be given to Froso Kitzoglou, Ms Ntolapsis right hand, without whom this interview would not have been possible