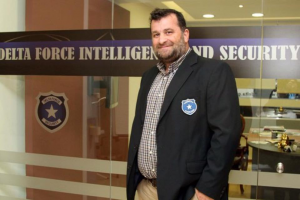 The President of Olympico Vision welcomes Mr. Daskalakis Nikolas as a Volunteer Ambassador of Olympico Vision and Director of Security. Nikolas Daskalakis studied pilot at the UNIVERSITY PRO FLITE OF VERO FLORIDA USA and at the Gymnastics Academy of Athens where he had entered the Sport of Rowing with a Balkan victory without exams. He works successfully in the field of Private Security with many trainings and specializations in his field. He served as Security Director of the Private SECURITY of Olympic Airways with significant success in managing critical Security situations. He took over the Diplomatic security of the 2004 Olympic Games with recognition by the Director General of the International Olympic Committee who appointed him as his personal guide, bodyguard and family companion throughout the 2004 Olympic Games. From 2004 to 2008 in collaboration with ABS CONSULTING (American Classification Society) certifies ports and ships under ISPS code with great success. He is certified from International security organizations such as the IMI ISRAEL MILITARY INDUSTRY and IBA International Bodyguards Association. Within the framework of its activities is the Care of the escort and transport security of the President and Officials invited in Greece and abroad. The studies, the experience and the deep knowledge of the subject of the Private Security Services at the level of Olympic Games and Sports Activities but also the character of Mr. Daskalakis give us the certainty that he will succeed in his work.